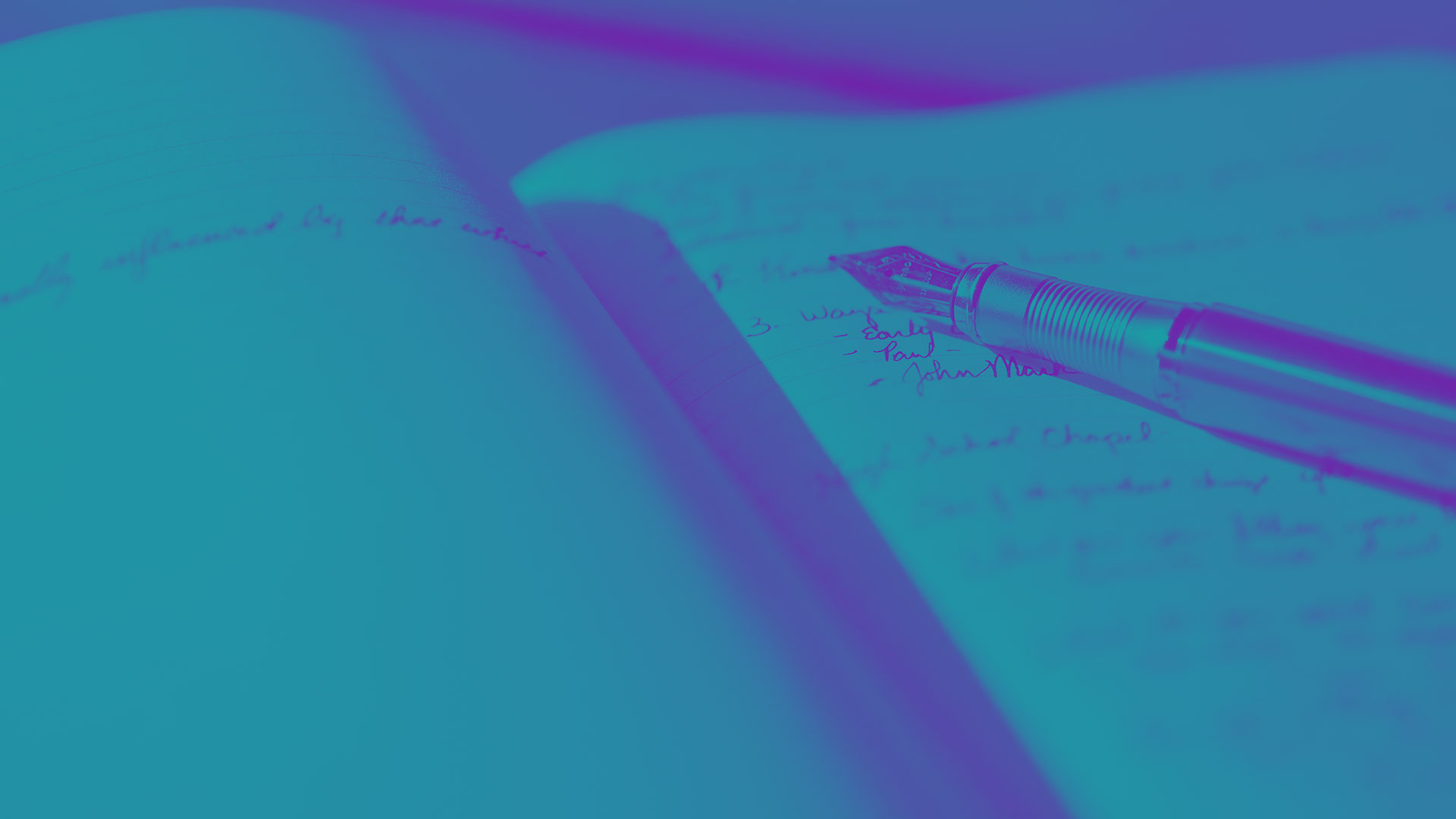 In September of I started having mild abdominal pain. It didn’t seem serious; I was scared it would be a kidney stone. But after two weeks and some sleepless nights, we became worried enough to go . A scan soon showed that a large mass was growing near my intestines. The young doctor, who I think looked as scared as I felt, suggested that we admitted immediately to diagnose the issue. I was transported to a new floor, and two days later we learned that I had Diffuse Large B-cell Lymphoma, a fast-growing type of Non-Hodgkins Lymphoma. Two days after that, I was already starting my first chemo treatment.

My first thoughts when contemplating death were about missing my three-year-old daughter’s first day of school and possibly never having a real conversation with my one-year-old son.

The plan was to have six rounds of chemo and be in remission by January 2018. I was told there was about a 75% chance of that happening. As a guy, I was always tempted to put more trust in stats than in my God. Before my second round of chemo, we got a call that the full biopsy had returned and that my cancer had a marker that indicated a more aggressive and persistent subtype of the lymphoma called “double-hit”. The doctor didn’t provide stats this time; he just said these cancers have much worse outcomes, and that the treatments would now require staying in the hospital for four nights each round. It was clear now that it was very possible that I would not survive this disease. My first thoughts when contemplating death were about missing my three-year-old daughter’s first day of school and possibly never having a real conversation with my one-year-old son. With all the time I had to contemplate death, I tried to really think about meeting Jesus and the pure joy that heaven will bring. I prayed that I could have Paul’s attitude: “to live is Christ and to die is gain.” It was not easy, but God changed me through this process.

To jump forward, the first chemo regimen was not fully successful, although it kept at bay. The abdominal pain would usually stop with each treatment and then return a couple weeks later. I did two rounds of a second chemo regimen, delightfully named “salvage treatment”, which was also not successful enough. To put the situation in perspective, six months after diagnosis the doctor said that, without treatment, I would have already died from the lymphoma.

In May 2018, I completed a high-tech, exciting new treatment called CAR T-cell therapy. My own white blood cells were modified in a lab so that they themselves could kill . It is a very cool way to deal with cancer. Thank you, for people who paid attention in school.

In June 2018, thank God, I had a scan that showed that the treatment worked! The doctor called it a complete response. There seems to be zero left in my body. Praise God for his mercy, and for the ability to receive the treatment. I still will have scans to watch for a relapse, but it is looking much more likely that I can be around for many years to come. 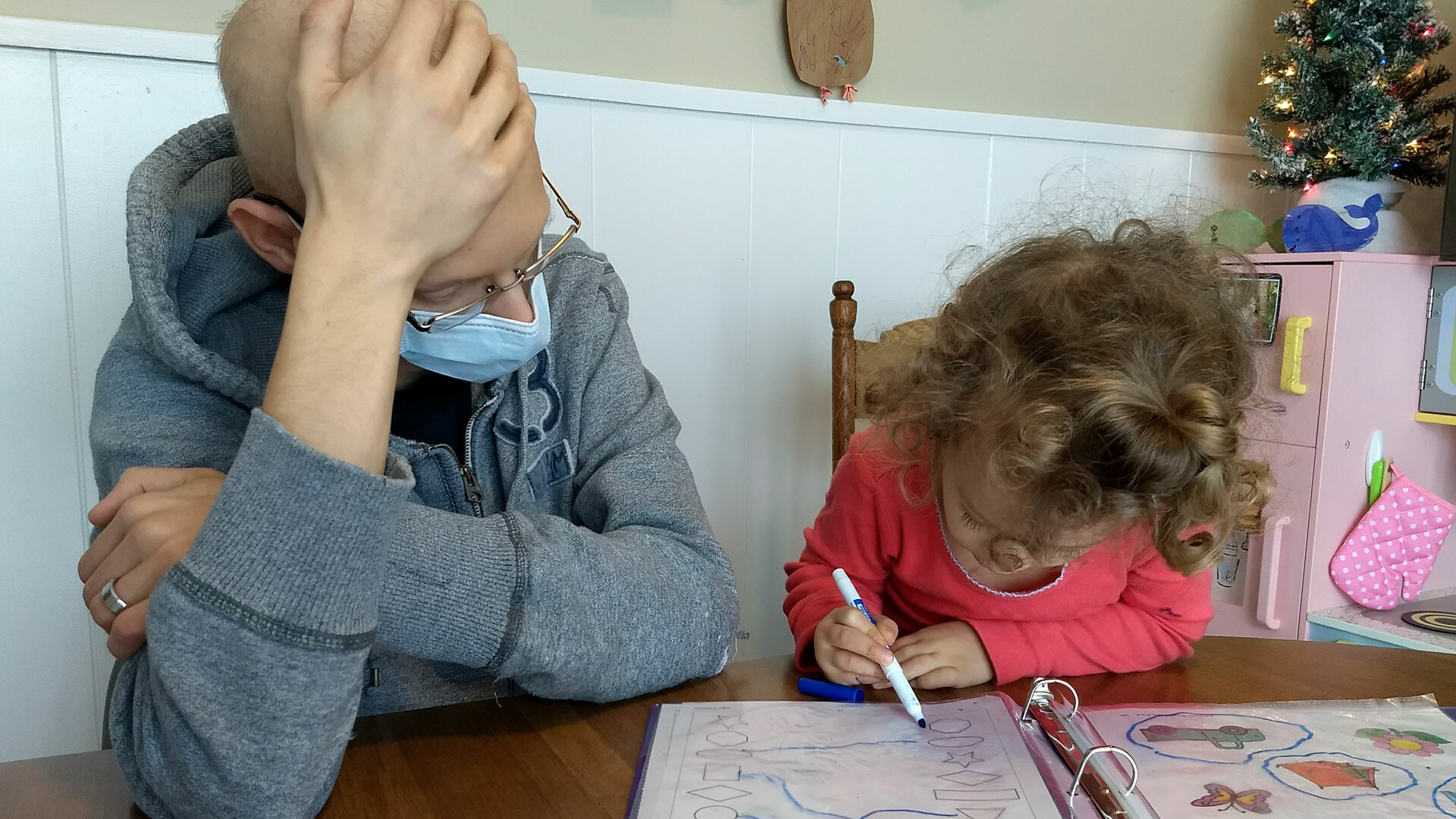 Who can say why God has decided to give me this trial? Maybe I will live a long life and become a better disciple of Christ gone through this chapter. Maybe God used to bring many of us closer to him in prayer. Maybe it has very little to do with me, and the cancer is just a small cog in a plan that I can’t even fathom.

I do know that God has shown kindness to my wife and me in many ways throughout this process.

He has shown us his love through his family, people at New Life Church, and people that we have been in small groups along with our own extended family. People have shown an abundance of emotional support through cards and by just checking in on us. We have had help with fixing things around the house, random generous gifts, and a constant supply of visitors during my cumulative 40 days or so in the hospital. God also gave us the ability to have joy and laugh with friends throughout the process.

God gave my wife and me good, godly parents, and thankfully they were able to take care of our kids so that Erin could be at the hospital with me every day.

I have heard that there are people I don’t know in churches that I don’t know praying for me, thanks to Grandparents, Aunts, and Uncles.

We had many nurses and doctors that were kind and caring, and many who shared our hope in Christ.

God has spared me from much of the physical suffering that cancer and chemo can cause. No nausea, no weight loss, and barely any loss of appetite. My uncle told me he would cry on the way to his chemo treatments. I would think about how soon I could order a pizza. 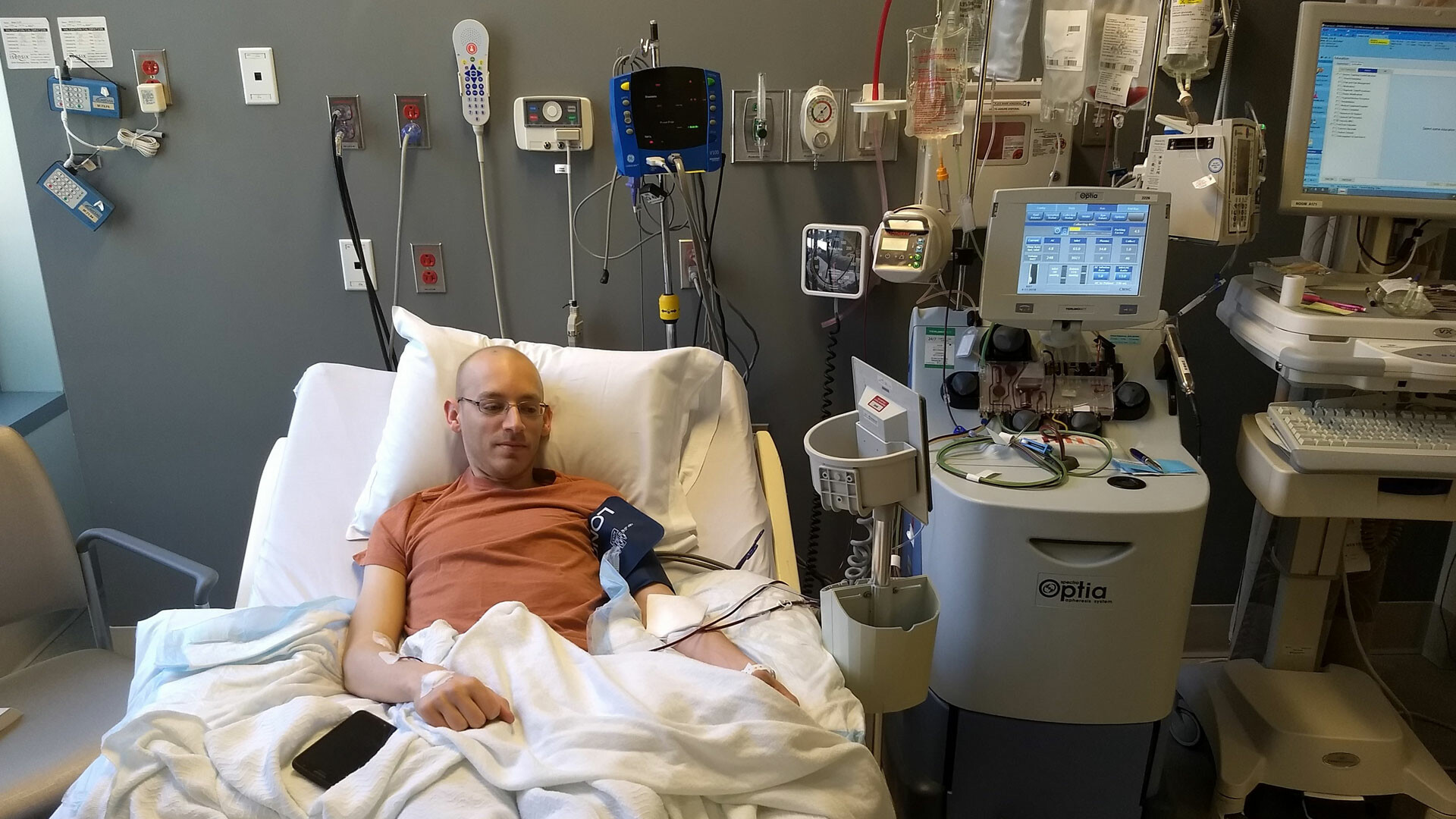 At the height of flu season, during a long period when my immune system was not recovering, God kept me safe from any infection.

God gave me a kind employer 4 years ago when I joined my small company that has made the process of taking time off as smooth as it could be.

God showed himself in his timing - my cancer started Sept, CAR T cell approved by FDA in November. If I had my cancer earlier, the treatment may not have been available, or I may have had to go out of state.

Maybe most importantly, God has used cancer to give me the opportunity to really pray and cry out to him, something that I don’t do often in normal life. I have twice had significant experiences feeling close to God while alone in a hospital bed at night.

I needed a doctor to tell me I needed treatment. In the same way, we need to let other Christians point out our sinful blind spot so that we can begin killing it.

Strangely, after this experience, I am convinced that spiritual health is more important than the physical. One thing God put in my mind many months ago is how cancer can be compared to sin. Sin kills spiritually. Sin grows, sometimes quickly, sometimes slowly. It can be sneaky. I needed a doctor to tell me I needed treatment. In the same way, we need to let other Christians point out our sinful blind spot so that we can begin killing it. We put immense energy and effort into killing cancer. Even putting ourselves at risk of physical harm. For cancer like mine, the situation was urgent. I stopped normal life and did what I needed to make it to my appointments and treatments.

Are we even willing to take mildly inconvenient measures to prevent or kill sin?

I think of God commanding the Israelites to totally destroy their opponents. Just like that, I did not want to leave a single cancer cell left standing. I had to wrestle with the fact that I have much more zeal for killing my cancer than for killing my sin. Jesus says we should cut off our hand rather than sin. Are we even willing to take mildly inconvenient measures to prevent or kill sin? Maybe some need to fight internet addiction by simply turning off the smartphone for a few days. Maybe some just need to confess their sin to a friend. And some need to start fasting and praying to ask God to fight it. Surely, those are steps that are reasonable if we hate our sin like we hate cancer.

Romans 8:13 - For if you live according to the flesh you will die, but if by the Spirit you put to death the deeds of the body, you will live.

John Owen, a theologian from the 1600s, paraphrased it like this: “Be killing sin or it will be killing you” (sounds like how I felt about my cancer).

For humanity’s sake, I hope an ultimate cancer treatment is invented soon, but we already have the ultimate sin treatment in Jesus, who allows us to stand before God as spotless children as if we have no sin. And the way to kill sin is not to just fight it with willpower, but to allow Jesus to work on us. I don’t have the words to reconcile the apparent contradiction between already being saved from sin, and still fighting it daily. I’ll leave that task up to the pastors.

The other thing I have learned the most is that God is King. If I only see him as a friend, then why would he give me a trial like this? But he is a perfect king with plans that have eternal consequences. As I described earlier, he has most certainly been my friend too, but it is equally important to recognize his kingship.

It’s tough to acknowledge that God is all-powerful and good, and yet many suffer a hundred times what I have experienced, but our minds are not sufficient to understand it. But this passage does give us a place to start thinking about it:

For my thoughts are not your thoughts,

neither are your ways my ways, declares the Lord.

For as the heavens are higher than the earth,

so are my ways higher than your ways

and my thoughts than your thoughts.

Do have a story to share? let us know here.